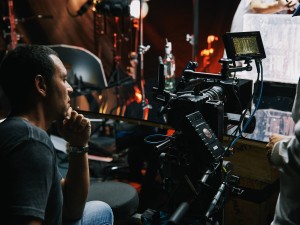 Zeus Morand’s critical eye and emotive imagery have made him a sought-after cinematographer who transitions seamlessly between commercials, music videos, and features films. His stylized work has attracted the attention of visually-driven directors interested in bold utilization of cinematography to enhance the audience’s emotional response to a story.
Born and raised in New York City, Zeus Morand has been working in the film business for over 20 years. Zeus is known for his bold, dark, highly emotional imagery.

Zeus lives with his wife Toby and daughter Bella in Brooklyn, New York.

AWARDS:
Zeus won an Emmy in 2011 for Outstanding Sports Promotional Announcement and another in 2012 for Best Tease/Opener.
Zeus won 2 Silver Clio’s in 2017; 1 for Best Cinematography and another for Best Short Form.